After what seems an eternity the Salt SLSC finally has an observation tower back on our beach (The last tower was dismantled in 2009).

The tower was finally moved into position on Tuesday 5th January with some very hard work for from various people.  The final movements being described by some as slower than the space shuttle being moved onto the launchpad, such was the precision required to place the tower in the right spot!

Thank you to Gary Raso for the concept, drawings and hard work, as well as continually liaising with the manufacturer.

A special thank you to Rob Slade, Gary & Cherie Raso, Ben Larkin and Craig Paddison who all donated plenty of their own time to assist with the assembling and movement into the final resting place - It literally took two days to achieve 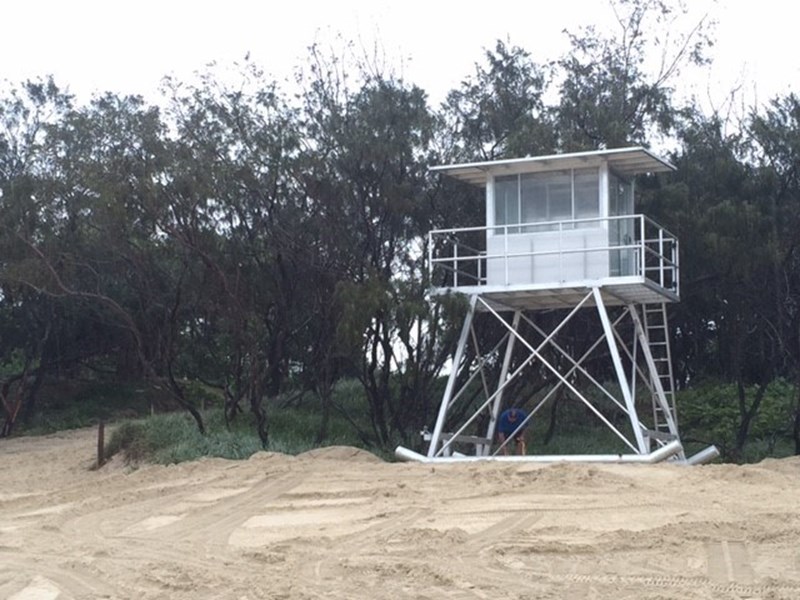